After 47 years the 1st REC will leave its home in Orange for Carpiagne. 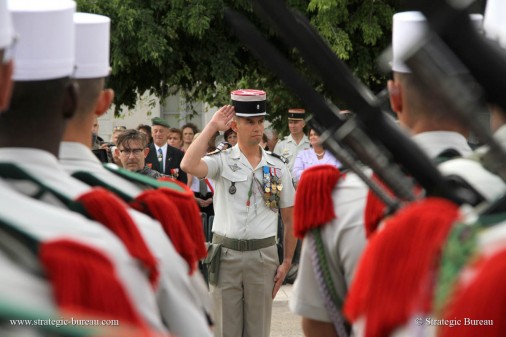 On the 9th of July the departure ceremony for the 1st Foreign Calvary Regiment took place in Orange. After the ceremony the regiment paraded in the streets of Orange up to the triumphal arch.

The 1er Regiment Etranger de Cavalerie (1st Foreign Calvary Regiment), unique legionnaire-cavalry regiment, leaves the Vauclusienne city for the camp in Carpiagne. After 47 years the 1st REC has become a part of the city of Orange, where the Legionnaires have customarily celebrated the combat of Camerone within the prestigious antique roman theater.

The reading of the daily order by the General Laurent KOLODZIEJ, commanding officer of the 6e Brigade Légère Blindée (Light Armored Brigade), declared, “After 47 years in the city of Princes, the 1er Régiment Etranger de Cavalerie leaves today for their new garrison in Carpiagne [….] the Legionnaire has a love for adventure and never backs down from a fight, all that he is made of makes him “à nul autre pareil” (unlike anyone else).

The place of the 1st REC within the 6th BLB isn’t questioned and the regiment is still often called upon for exterior operational missions. 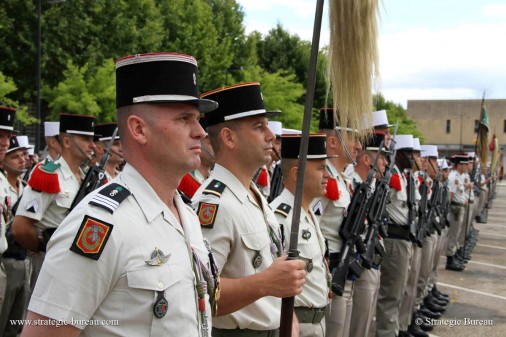 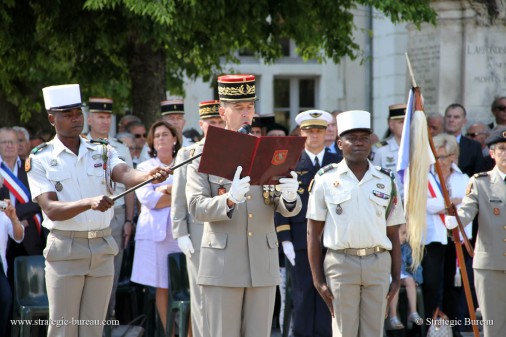 Good bye to the Mirage F1