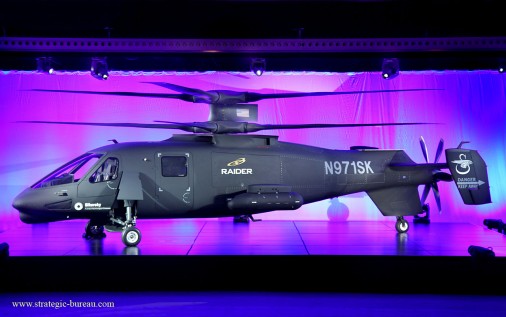 Sikorsky President Mick Maurer said: « Today, Sikorsky unveiled the next generation of military rotorcraft, with capabilities and performances never seen in our industry. Just four years ago, we announced plans to build the S-97 Raider and teamed with some of the best companies in the industry, understanding the need to ensure aircraft development would not falter as government defense budgets shrank in response to economic pressures. Sikorsky is proud of its leadership in this area, and of the leadership the S-97 Raider represents among the world’s military rotorcraft. »

The S-97 Raider helicopter program is 100% industry funded. Sikorsky provides 75% of the investment, and 53 principal suppliers provide the remaining funding.