The Brazilian army is mobilized for security
at the World Cup. 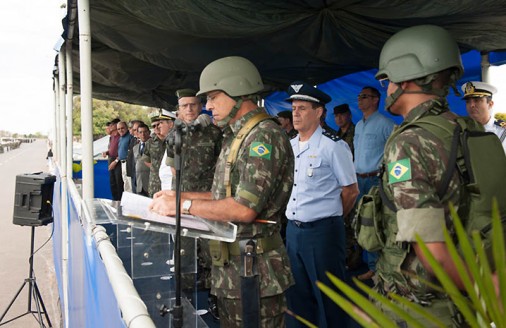 2,800 soldiers, 350 vehicles, 200 cavalry men and a canine section, the Brazilian army has mobilized its forces within the federal capitol for optimal security of the FIFA World Cup that will be taking place in Brazil the 12th of June up until the 13th of July.

The Final at the Maracana stadium in Rio de Janero between Germany and Argentina will be under particular surveillance, but also the match for the third place between the Brazilian national team and the team from Holland.

The prioraties of the Division General Racine BEZERRA LIMA FILHO are, coordination with public security forces, provide escort for Chiefs of State, protection of infrastructures and the fight against terrorisme. 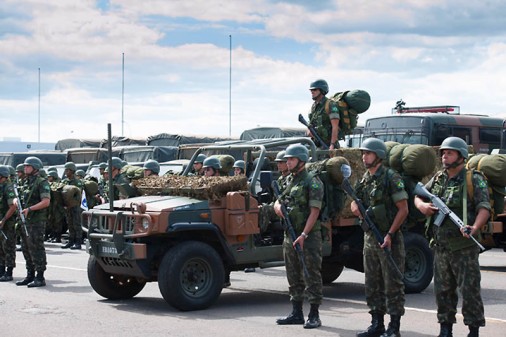 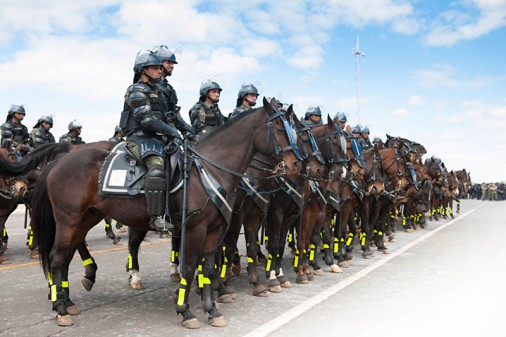