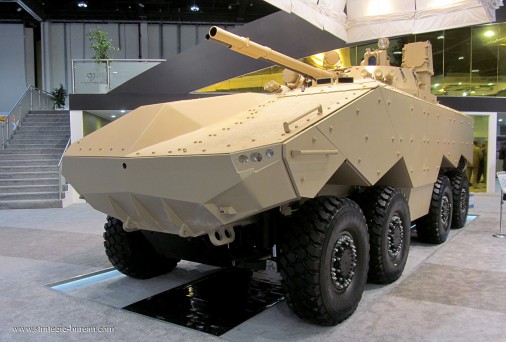 The Enigma is an 8×8 Wheeled Armored Fighting Vehicle. It is being developed by EDT, Emirates Defense Technology, as part of the AMFV, Armoured Modular Fighting Vehicle program.

The chassis is designed by the Irish firm Timoney Technology. The engine is housed in the front-right and the cockpit at the front left of the vehicle’s hull. The larger space between the second and third axles is designed to allow for the installation of large weapon systems.

The Enigma possesses amphibious capability, propulsion in water is provided by two propellers. The ballistic protection is level 4 Stanag 4569 NATO and level 4A anti-mine and anti-IED protection.

It is available in different versions: AIFV, APC, command & control and as a self-propelled artillery gun. The first prototype of the Enigma was presented to the IDEX-2015 exhibition in Abu Dhabi, the United Arab Emirates, equipped with a Russian BMP-3 turret armed with 100mm and 30mm automatic cannon.

The Enigma Armored Fighting Vehicle was developed for participation in the tender for the future armored vehicle of the armed forces of the United Arab Emirates. 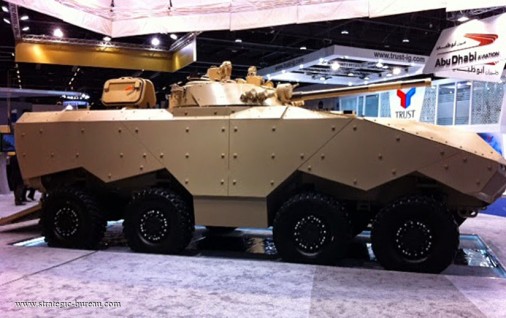