29 July 2015, Nexter Systems and Krauss-Maffei Wegmann intend to share their future road ahead. 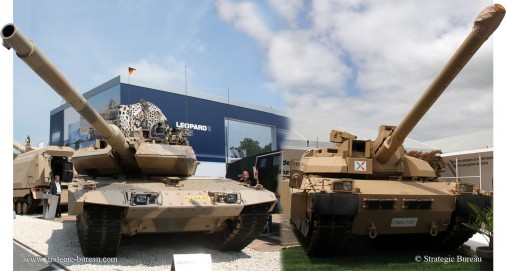 Nexter Systems and Krauss-Maffei Wegmann intend to share their future road ahead. The corresponding agreement was signed on 29 July 2015 in Paris. The alliance of the two groups under the umbrella of a joint holding company creates a Franco-German defence technology group with a current annual turnover nearing 2 billion euro and an order book of around 9 billion euro.

Nexter, KMW and their owners view this step as decisive for the consolidation of the defence technology industriy in Europe. Their alliance creates a group with the momentum and innovative force required to succeed and prosper in international competition. In addition, it offers to its European and NATO customers the opportunity of increased standardisation and interoperability for their defence equipment, with a dependable industrial base. The association of Nexter and KMW should enter into effect at the end of the year.

Leopard 2 A7 for German Army