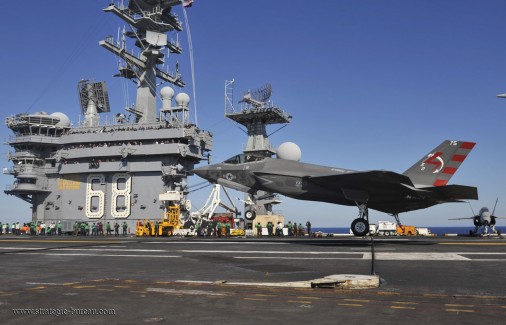 November 3, 2014 an F-35C Lightning II landed for the first time aboard the aircraft carrier CVN 68 USS Nimtz off the coast of San Diego. It was piloted by Navy test pilot Cmdr. Tony Wilson.

F-35C Lightning II is a version of the F-35 JSF Joint Strike Fighter program, designed to be used from an aircraft carrier.

« Today is an landmark event in the development of the F-35C, said the pilot Tony Wilson, it is the culmination of many years of hard work by a talented team of thusands. I’m very excited to see America’s newest aircraft on the flight deck of her oldest aircraft carrier, the USS Nimitz ».

This landing is part of DT-I, Developmental Testing I, the test campaign of the F-35C is expected to last two weeks. 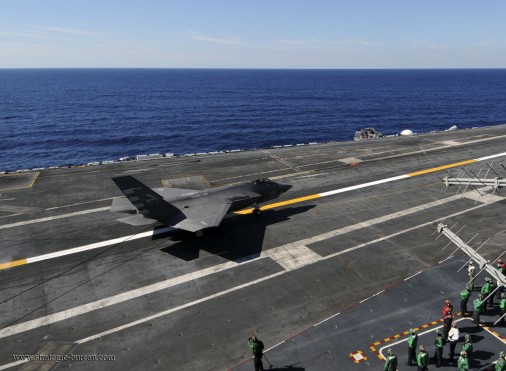 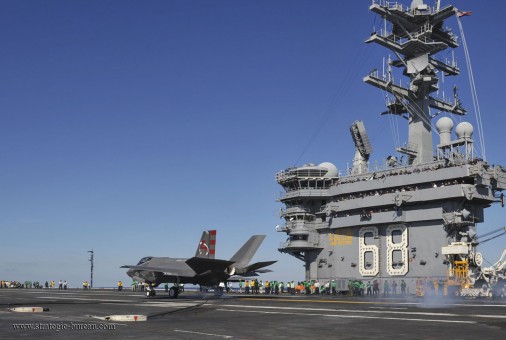