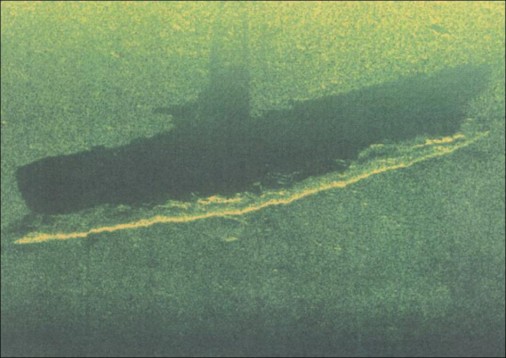 Search and rescue teams from the Russian Baltic fleet have discovered a submarine at a depth of 70 meters, offshore from the Kaliningrad region and near the Cape of Taran. There is a high chance of probability that it is an “S-4” type submarine from the Soviet Navy sunk in January of 1945.

This was not a chance discovery. Approximate coordinates were extracted from the study of archived documents. The first images, by the general shape and its external weapons, confirm an appearance similar to a type IX-bis “S” series submarine.

Preliminary mission preparations are under way for the Russian Navy to formally identify the submarine.