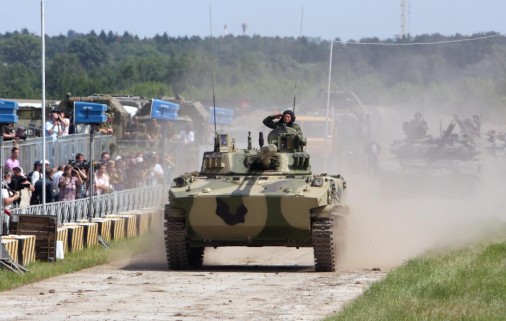 Russian paratroopers have received their new parachutable BMD-4M armored infantry fighting vehicles. The pre-series of 8 armored vehicles were given to the paratrooper unit from Toula, who belong to the 106th airborne division of the Guard.

During the next few months the vehicles will be used and serviced by military units under the supervision of a group of technicians from Kourganmash, the constructor. This method will allow to test the vehicles before their official launch in series.

The BMD-4M was uncovered on March 21, 2008; the hull is identical to the BMD-3’s infantry combat vehicle series at 80%. The mass of the BMD-4M is maintained at 13.5 tons to remain airborne with existing parachute systems. For operational needs the vehicle can be fitted with additional armor plating.