The military schools of Saint-Cyr Coëtquidan celebrated the promotion of the officers’ class of 2015. 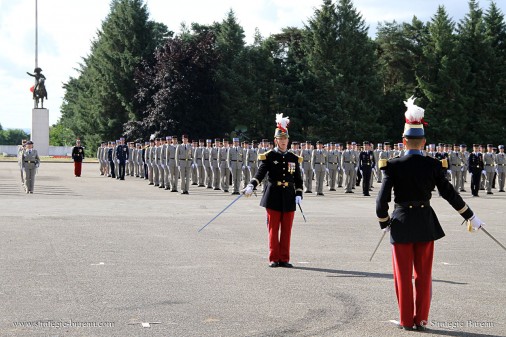 The promotion of the officers’ class of 2015. Photo Credit : Strategic Bureau

A church service in memory of missing officers opened the day’s events, followed by a traditional spectacle, a tactical demonstration featuring aerial and land based vehicles and equipment by the officer cadets of the EMIA; and a reconstitution of “Triumph of the barrel” one of the oldest traditions for students from the Special Military school of Saint-Cyr.

In the darkness after nightfall the most solemn and important ceremony for the students was held, comprising the presentation of each formation, baptism of the new promotions and the passage of the parade of flags and the already existing promotions.

Coëtquidan camp has four schools within it: the Ecole Spéciale Militaire de Saint-Cyr which trains nearly 200 officers each year, the Ecole Militaire Inter-Armes training about 100 officers internally recruited from within the French army per year. The Ecole d’Administration Militaire trains roughly 50 officers and is responsible for the training of administrative cadres of all three services. Finally the 4th Battalion of the Ecole Spéciale Militaire de Saint-Cyr annually hosts up to 1,200 trainees for short courses ranging from one week to six months. 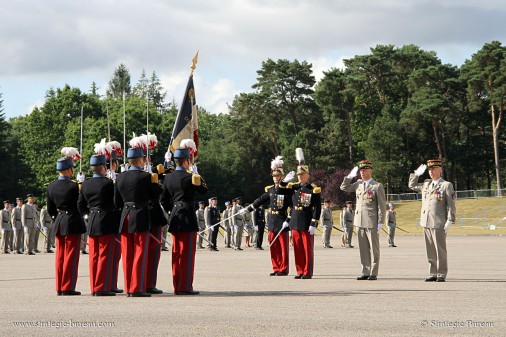 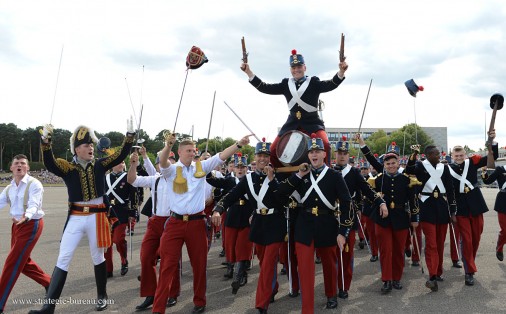 The promotion of the officers. Photo Credit : ACH Carlo / ESM