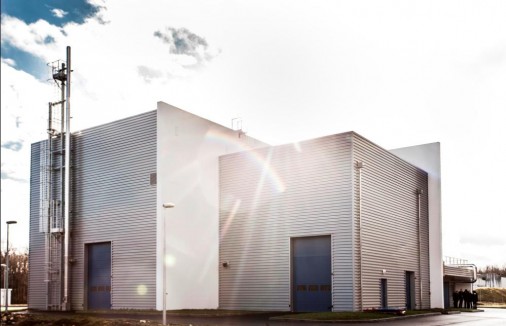 Having set up this facility in only two years, MBDA is in line with the schedule aimed at allowing France to fulfill the commitment it made in signing the Oslo Convention in July 2009. The Convention prohibits the use and stockpile of cluster bombs and calls for all signatories to have destroyed their stock of such military hardware by 2018.

Notified in November 2011 by the NATO Support Agency, the contract awarded to MBDA covers the destruction of 36,000 complex munitions and the establishment of a French industrial capability for munitions demilitarisation.

It also represents an opportunity for MBDA to extend its portfolio of activities, allowing the company to be in a position to offer its client base the full life cycle management of its products from design through to destruction.

During the inauguration, Antoine Bouvier, MBDA’s Chief Executive Officer, stated : ”As the European leader in missile systems, MBDA is committed to establishing firm and long lastingpartnerships with its domestic and export customers. These customers now expect not only a guarantee of security of supply and support for their products but more and more they are beginning to recognize the need to assure the safe treatment of their complex weapons at the end of their service life”.