The aircraft carrier « Admiral Kuznetsov » is in the English Channel 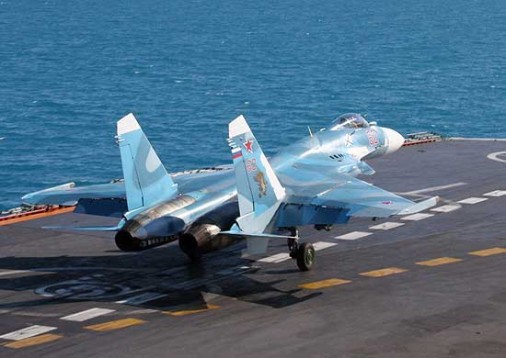 The aircraft carrier « Admiral Kuznetsov » from the Northern Fleet is on its way to the Mediterranean Sea for a long mission. Even if its presence in the Mediterranean Sea is nothing new, it is the first time a flagship from a Russian fleet crosses the English Channel. Habitually it bypasses the United Kingdom by the North.

This new itinerary, used on the last 10th of January, has permitted to shave off several days of travel and to confirm its ability to maneuver within a passage that is particularly thick with maritime traffic.

The aircraft carrier « Admiral Kuznetsov » is accompanied by the large anti-submarine vessel “Admiral Levtchenko”, the large landing ship BDK “Olenegorski Gornyak”, the tow-ship “Nicolaï Tchiker” and the supply ships « Kama » and « Sergueï Ossipov », they are joining other Russian ships that are already waiting in the Mediterranean Sea.

The day before the crossing, the 9th of January, one of the Su-33 pilots, which make up part of the embarked air group, piloted by the Colonel Youri Suslov, realized his 100th deck landing on the aircraft carrier. He is the 4th Russian to reach this number symbolic to navy pilots. 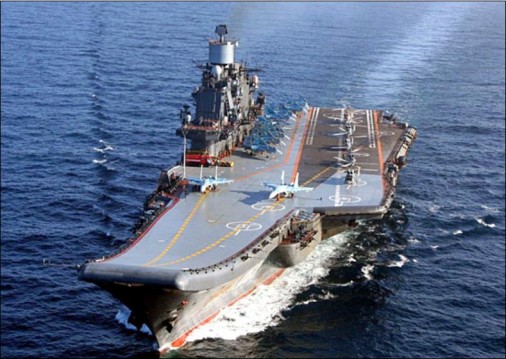