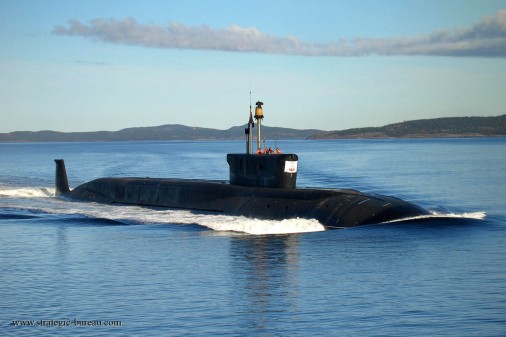 The first two Borei, K535 “Youri Dolgorouki” and the K-550 “Aleksandre Nevski”, were handed over to the Russian Navy in 2013 while waiting for the delivery of the Boulava strategic missiles. The third Borei class submarine, the K-551 “Vladimir Monomakh” has terminated part of its undergoing testing. All propulsion systems have been tested as well as its weapons systems, sonar and emitted sound levels. The fourth submarine in the series and the second in the version 955A “Kniaz Vladimir”, is under construction. It is previewed to launch in 2018.