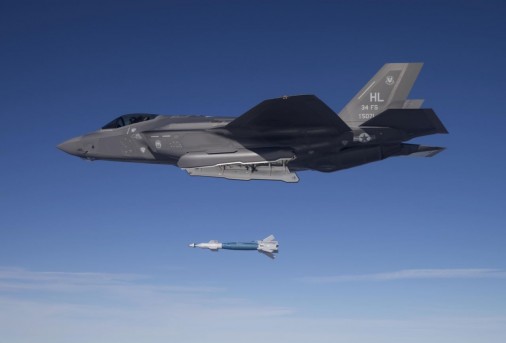 Airmen from the 388th and 419th fighter wings dropped laser-guided bombs at the Utah Test and Training Range the week of February 25, marking the first time an F-35 Lightning II combat unit has deployed weapons from the F-35A.

Air Force F-35s have dropped weapons in test environments, but this is the first time it’s been done on jets designed to deploy once the Air Force declares initial operational capability, which it plans to do between August and December. IOC will be announced when the Air Force deems the F-35 combat capable.

Lt. Col. Darrin Dronoff, the director of Hill’s F-35 Program Integration Office, said that while this achievement is a significant step toward Air Force IOC, the milestone goes beyond that mark.