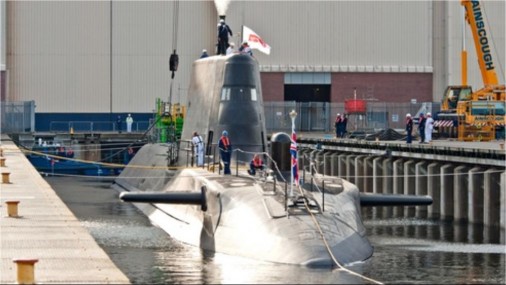 The HMS Artful will undergo a series of tests to prove the reliability and security of its systems before open sea trials. The Astute class ships are the new generation of nuclear attack submarines.

With a length of 97 meters and a weight of 7,400 tons while in dive, the HMS Artful has a maximum speed of 30 knots. 7 units were ordered to replace the Trafalgar and Swiftsure class submarines.